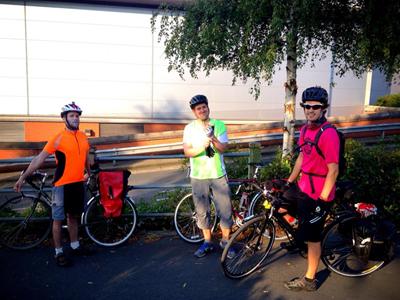 They are attempting an unassisted (e.g. they carry their own stuff - no fancy vans) ride to John o'Groats at the tip of Scotland in 13 days. The ride will mean up to 90 mile days with nearly 1000 miles in total.

Training has been somewhat hampered by preparations for the ever popular DUFFA Hat taking over most of their lives.

You can sponsor Team DUFFA here for Macmillan or you can sponsor Richard, who is raising for his local hospice Dr. Kershaw's here.

Thanks for your support - we'll be posting updates on this blog!